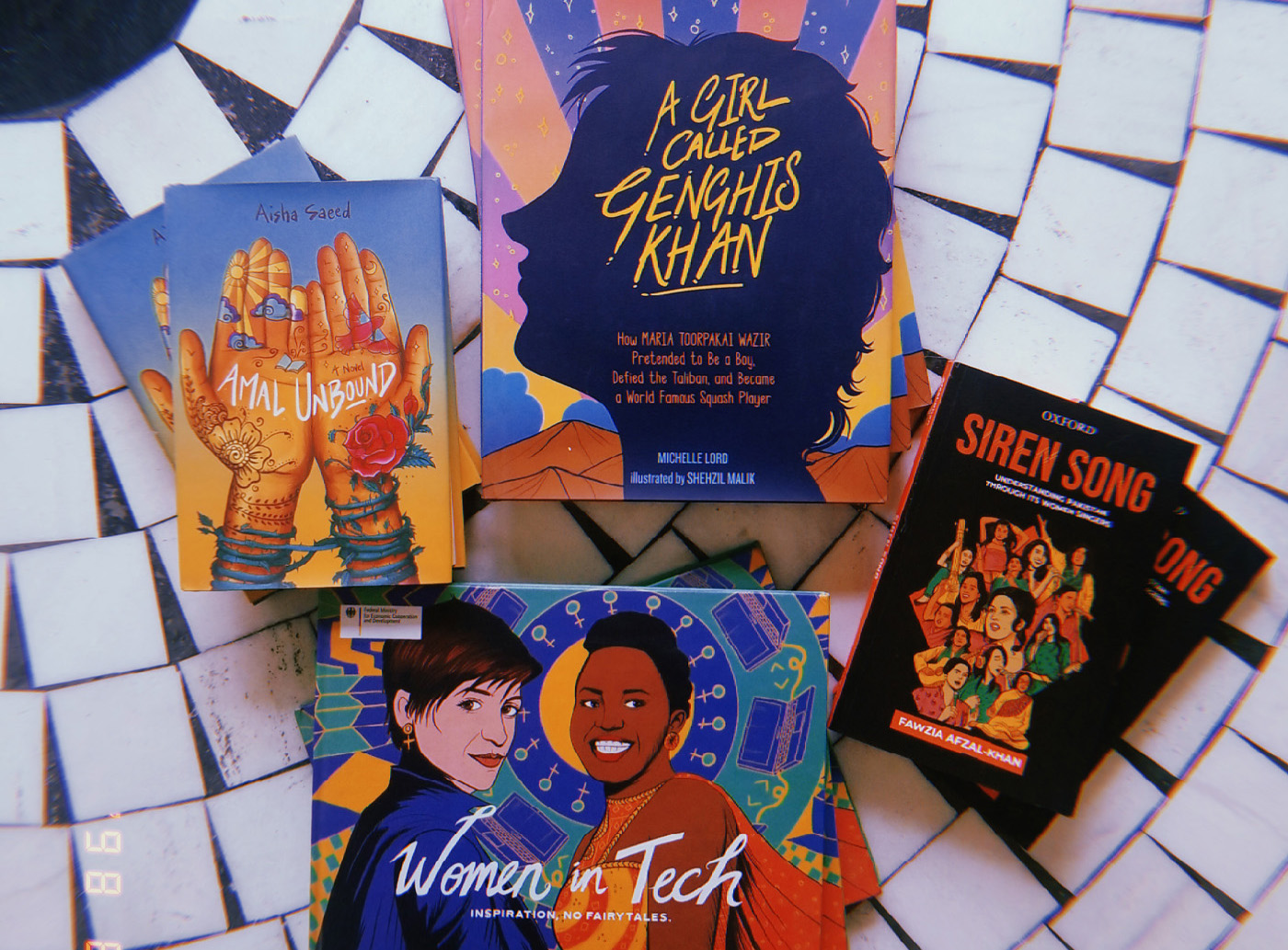 I have designed book covers for two of my favorite women authors, and have published a children’s book. Below is an overview of these illustrated projects. 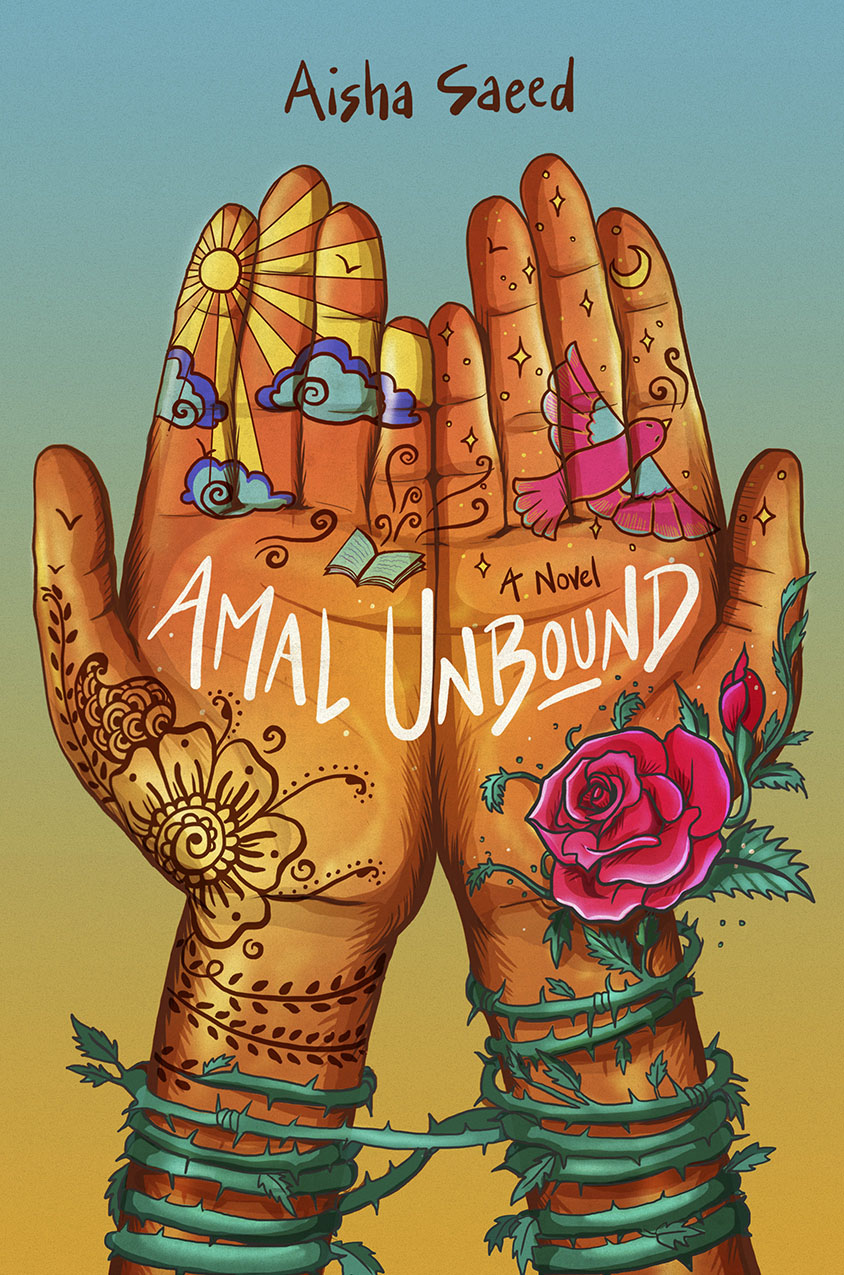 “Amal Unbound”
Book cover artwork for Aisha Saeed’s story about a young Pakistani girl who uses her smarts to bring down the feudal system. The cover needed to show the idea of Amal being held captive but also that her dream of a better life, of freedom, will come true. Her hands are held together like a prayer and the henna patterns and open skies come to life within her palms. 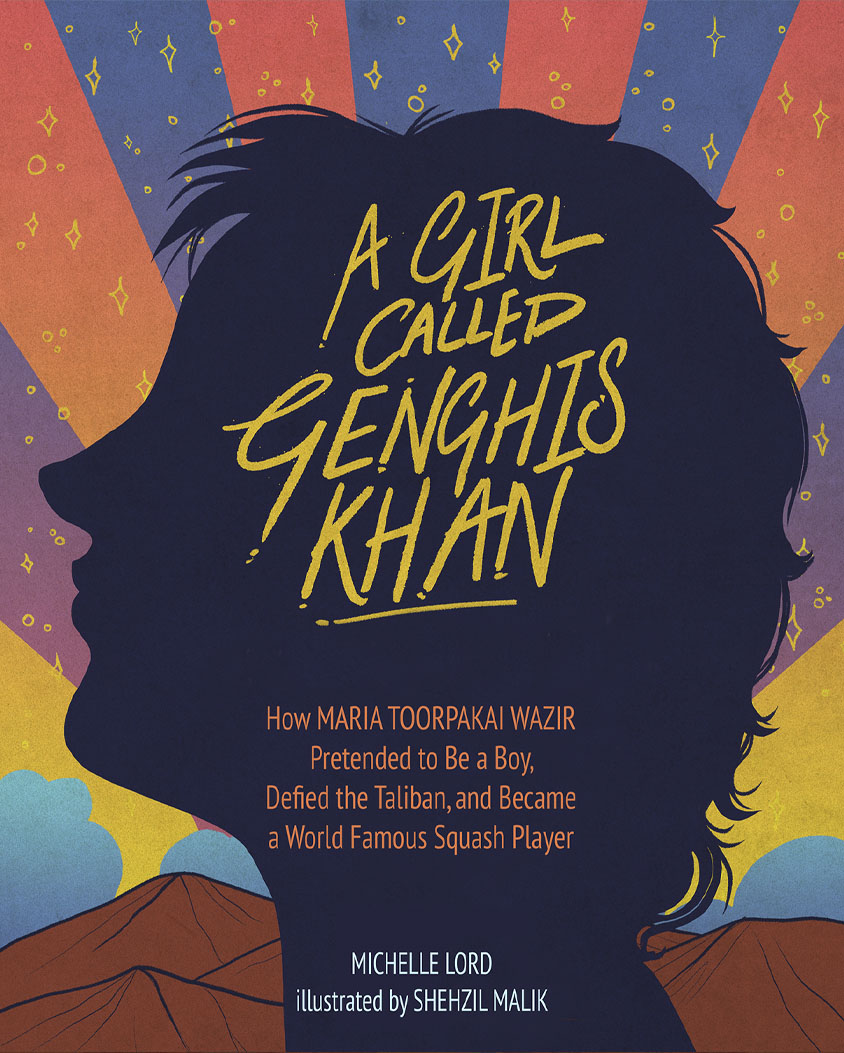 “A Girl Called Genghis Khan: How Maria Toorpakai Wazir Pretended to Be a Boy, Defied the Taliban, and Became a World Famous Squash Player”
Book illustrations for the true story of Maria Toorpakai Wazir, a Pakistani girl who loved sports and longed for the freedom that boys in her culture enjoyed. She joined a squash club to pursue her dream, and was taunted, teased, and beaten—but still continued playing. Then, when Maria received an award from the President of Pakistan for outstanding achievement, the Taliban threatened her squash club, her family, and her life. Although forced to quit the team, she refused to give up. Maria kept practicing the game in her bedroom every day for three years! Her hard work and perseverance in the face of overwhelming obstacles will inspire all children. Maria continues her work through her foundation and is an inspiration for boys and girls everywhere to follow their dreams despite the odds.​​​​​​​
A Girl Called Genghis Khan is published by Sterling Children’s Books.
Written by Michelle Lord.
Find the book online here. 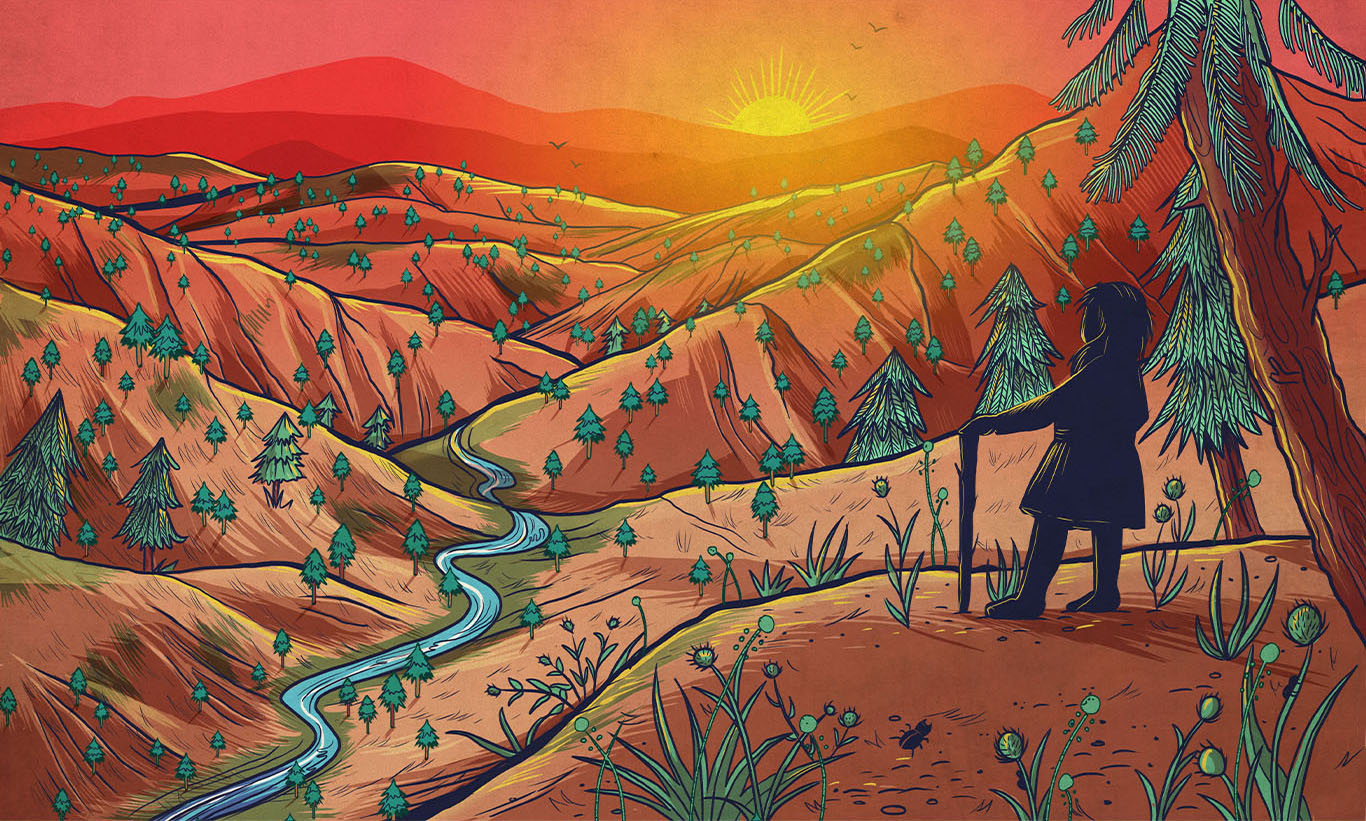 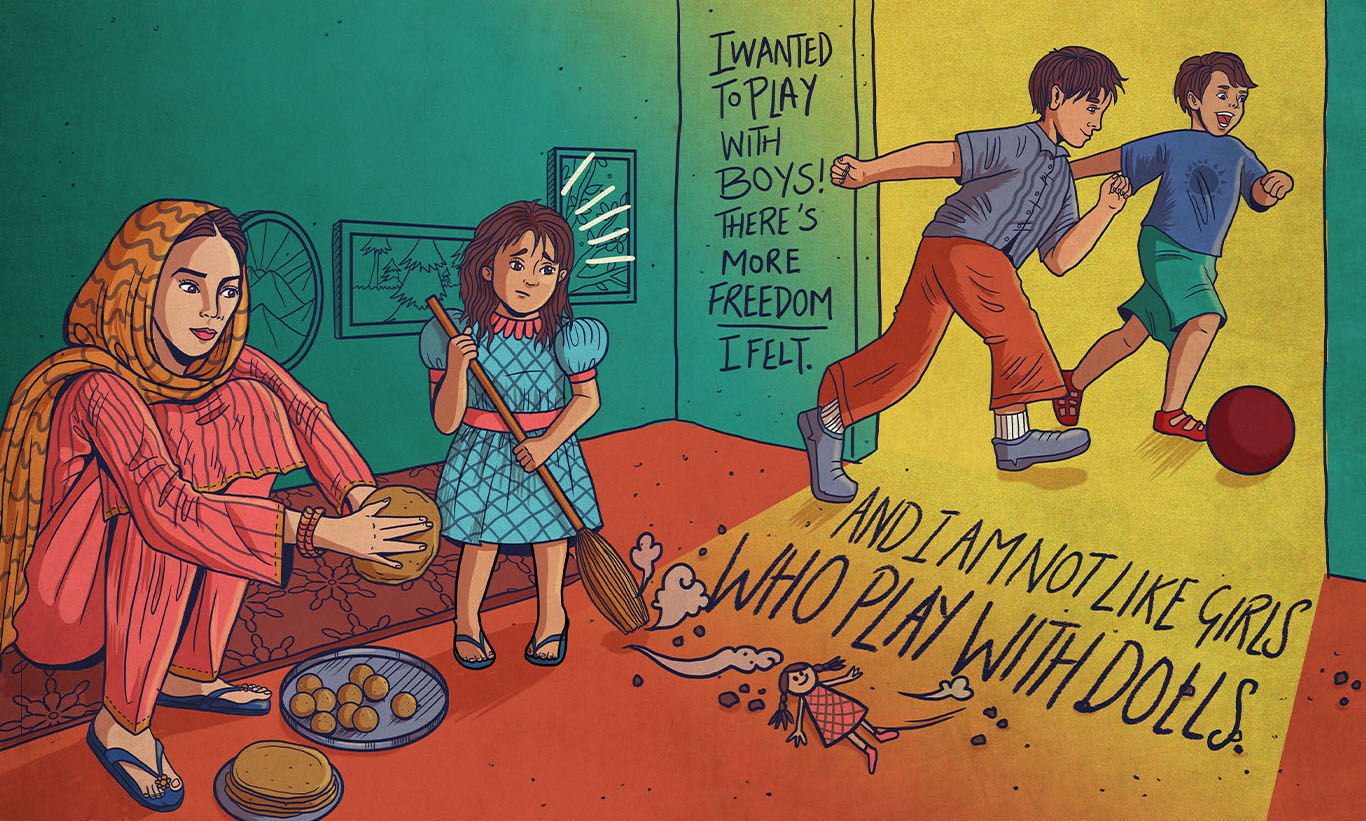 Maria watches as the boys play outside but she has to help her mother with the housework. 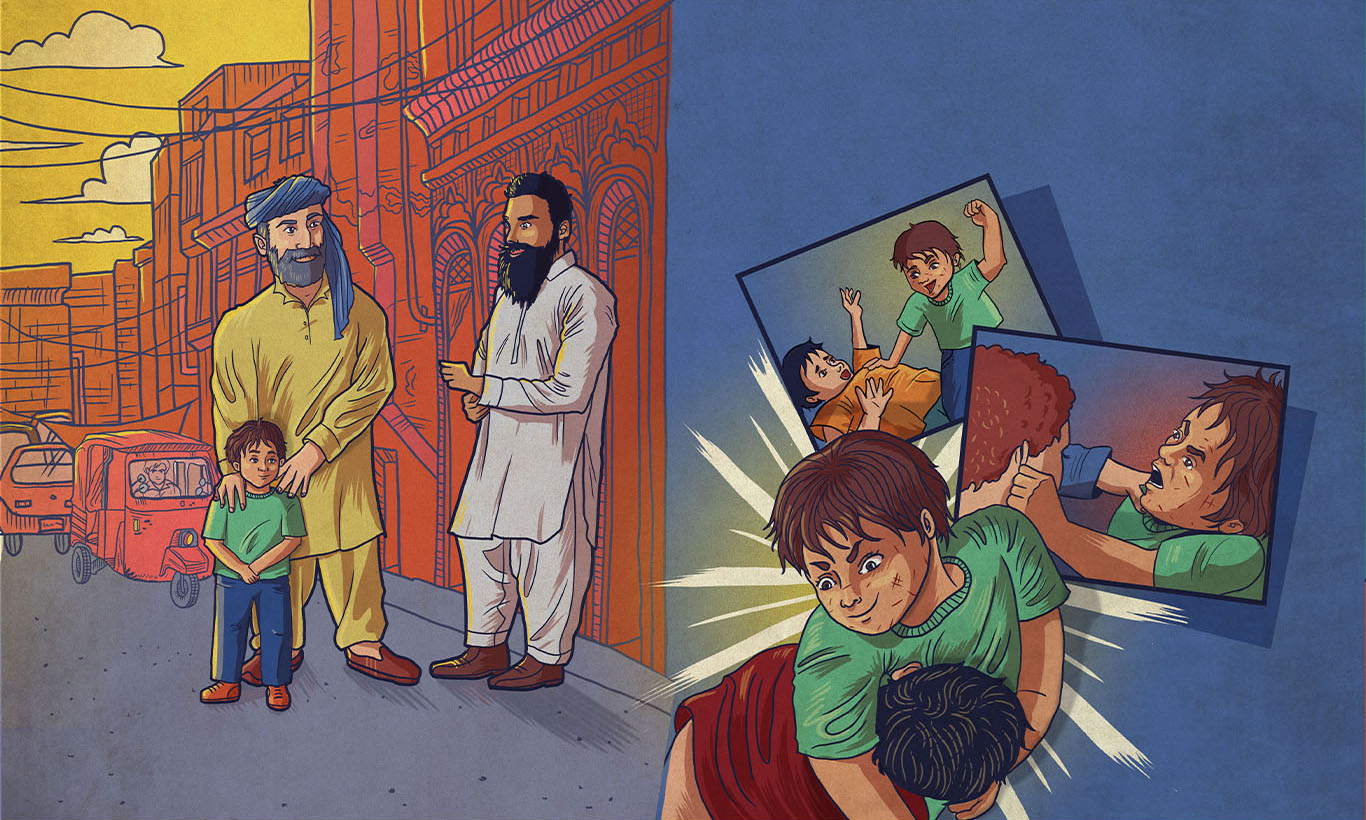 Maria’s family moves to Peshawar and she is introduced as their son. Her rambunctious nature makes her get into fights and scraps. 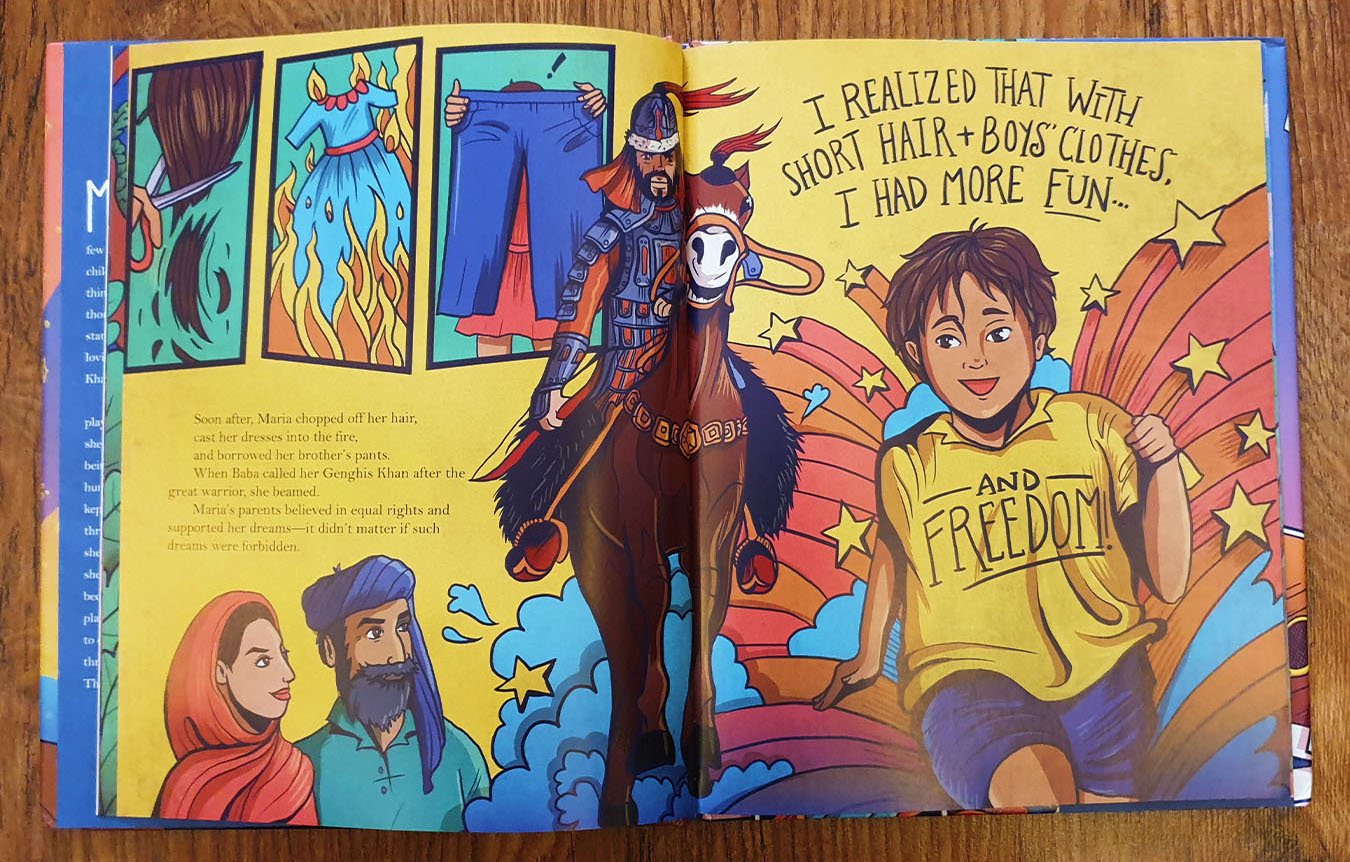 Maria decides to chop off her hair and wear boys clothes to disguise herself as a boy. Her father calls her Genghis Khan, after the warrior. 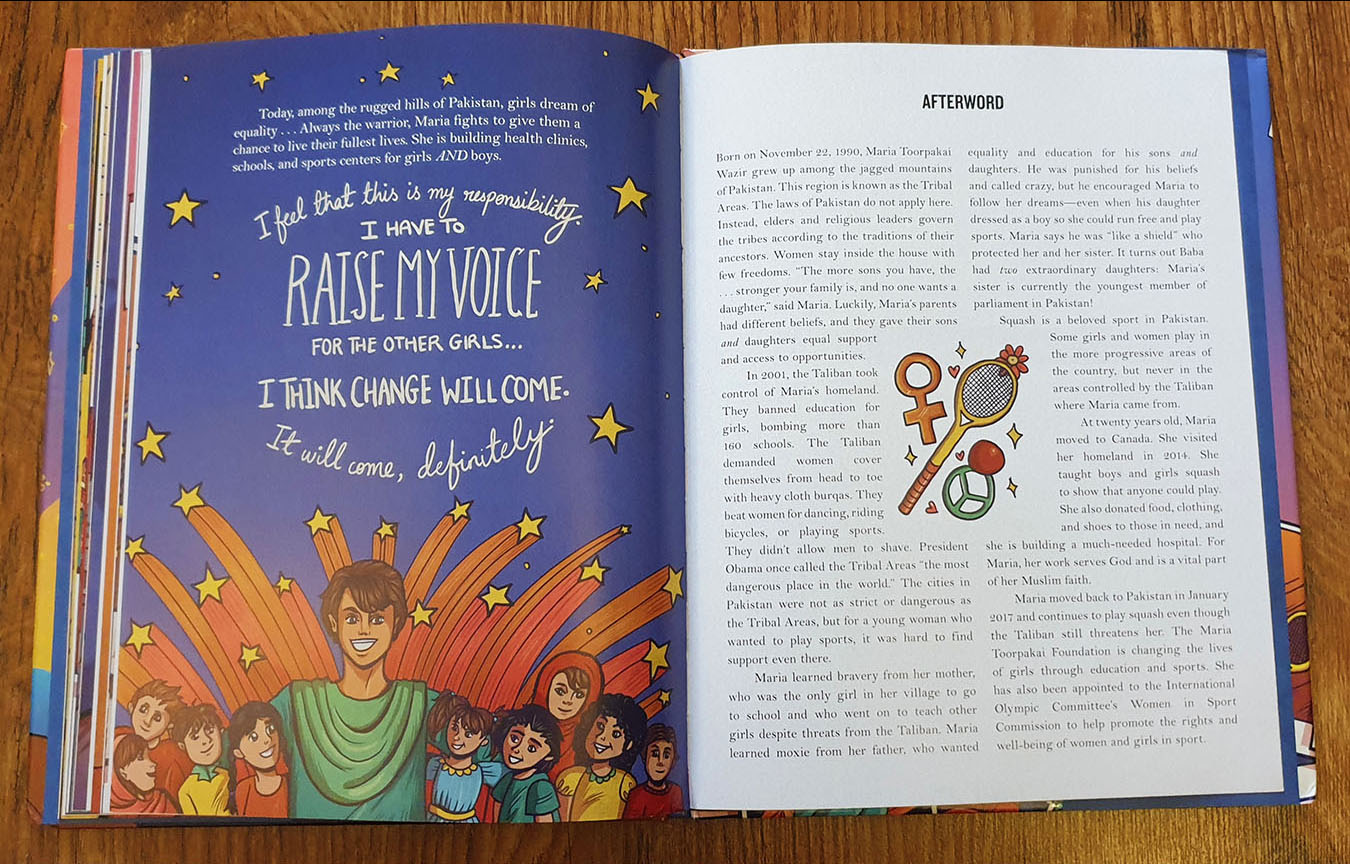 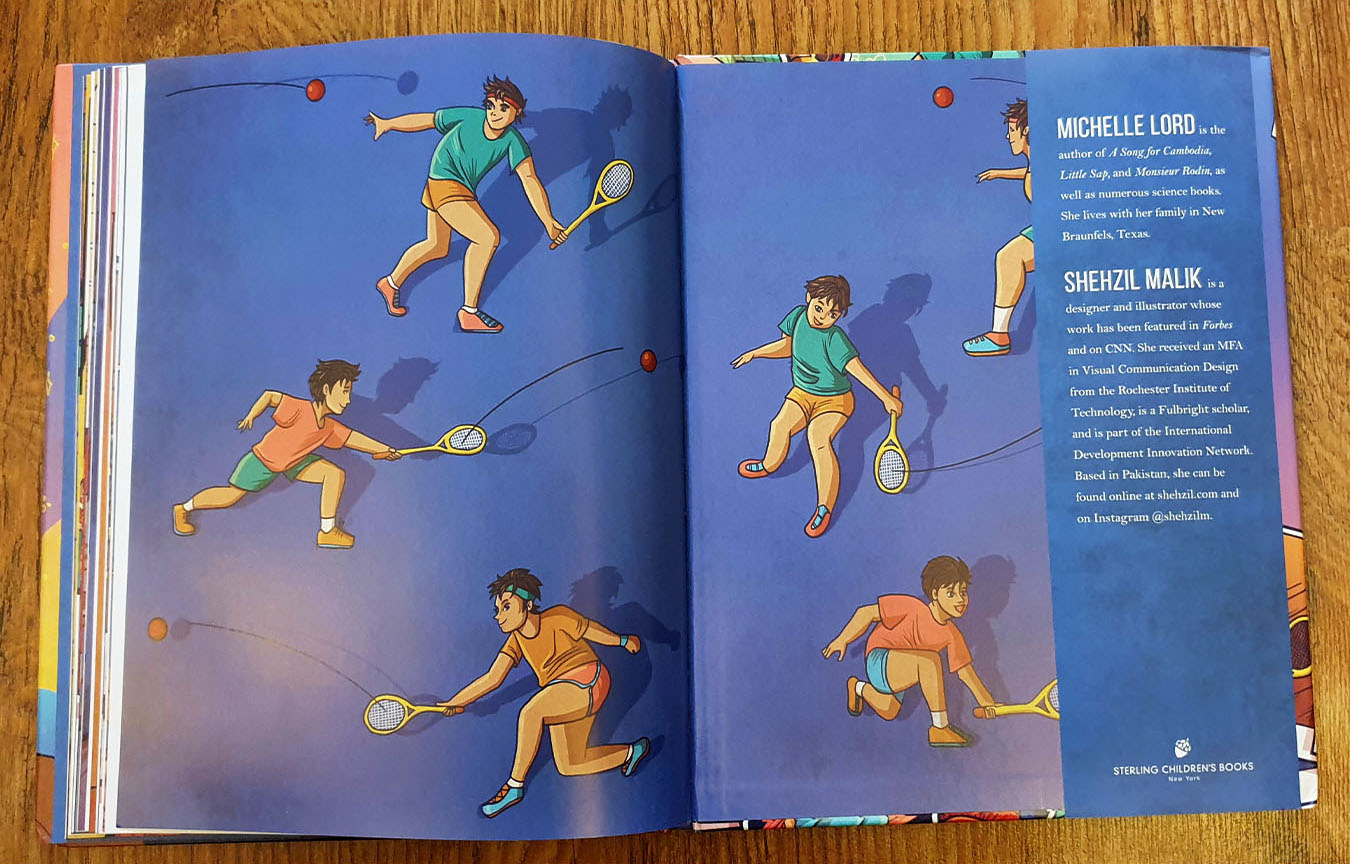 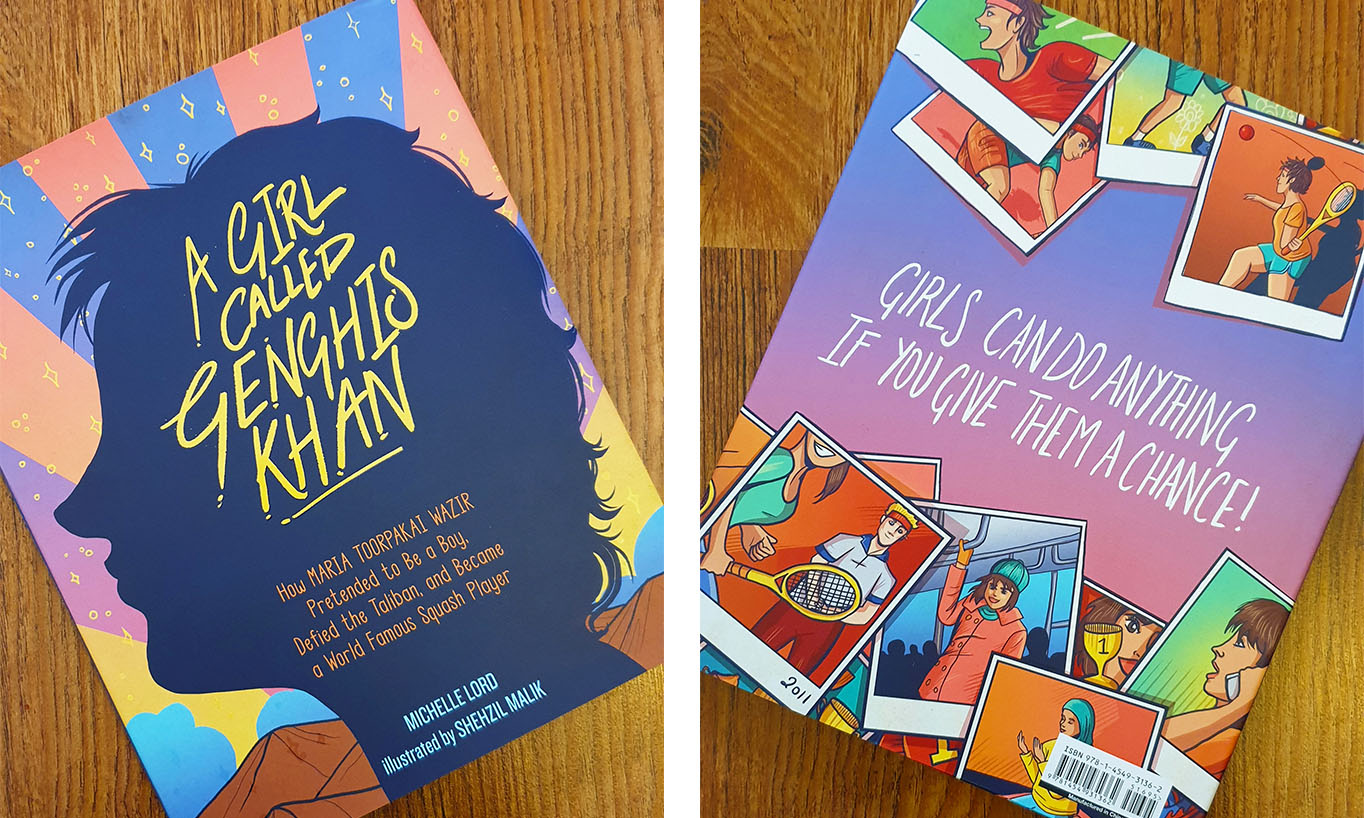 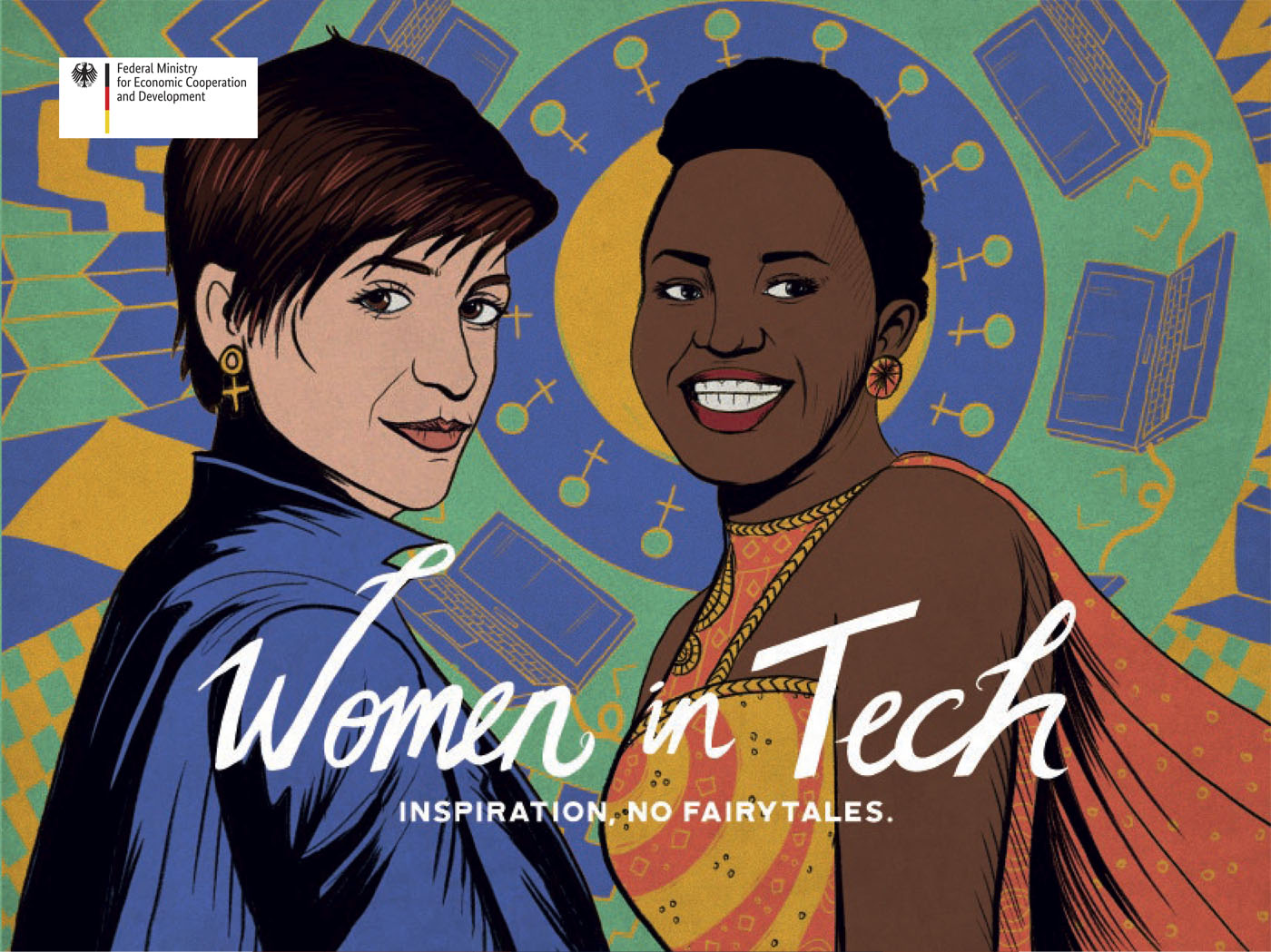 Women in Tech: Inspiration, No Fairytales.
Successful women in the tech industry can be a guiding light, illuminating the way and giving others the courage to forge their own paths into the digital world. This book presents 30 inspiring women working in tech from all around the world, as part of the #eSkills4Girls initiative.
I was commissioned to draw 20 of these portraits, and I wanted each portrait to represent the woman’s tech skills, country of origin and personality.
Women in Tech is published by the German Federal Ministry of Economic Cooperation and Development to be distributed within development circles of the World Bank and the United Nations. Art direction by BunnyIsland.
Find the book online here. 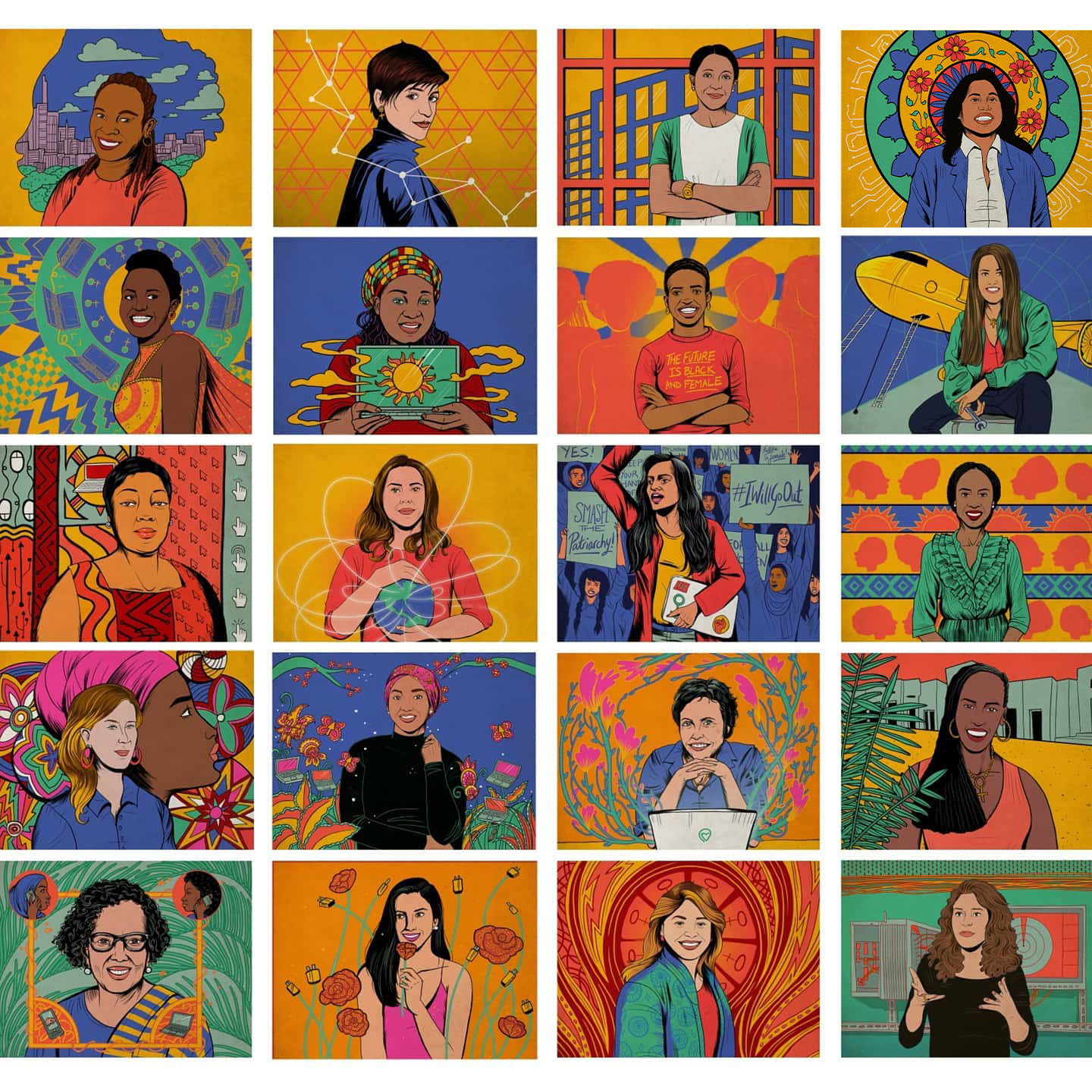 Portraits of the trailblazing women.

Sketches for the cover artwork. 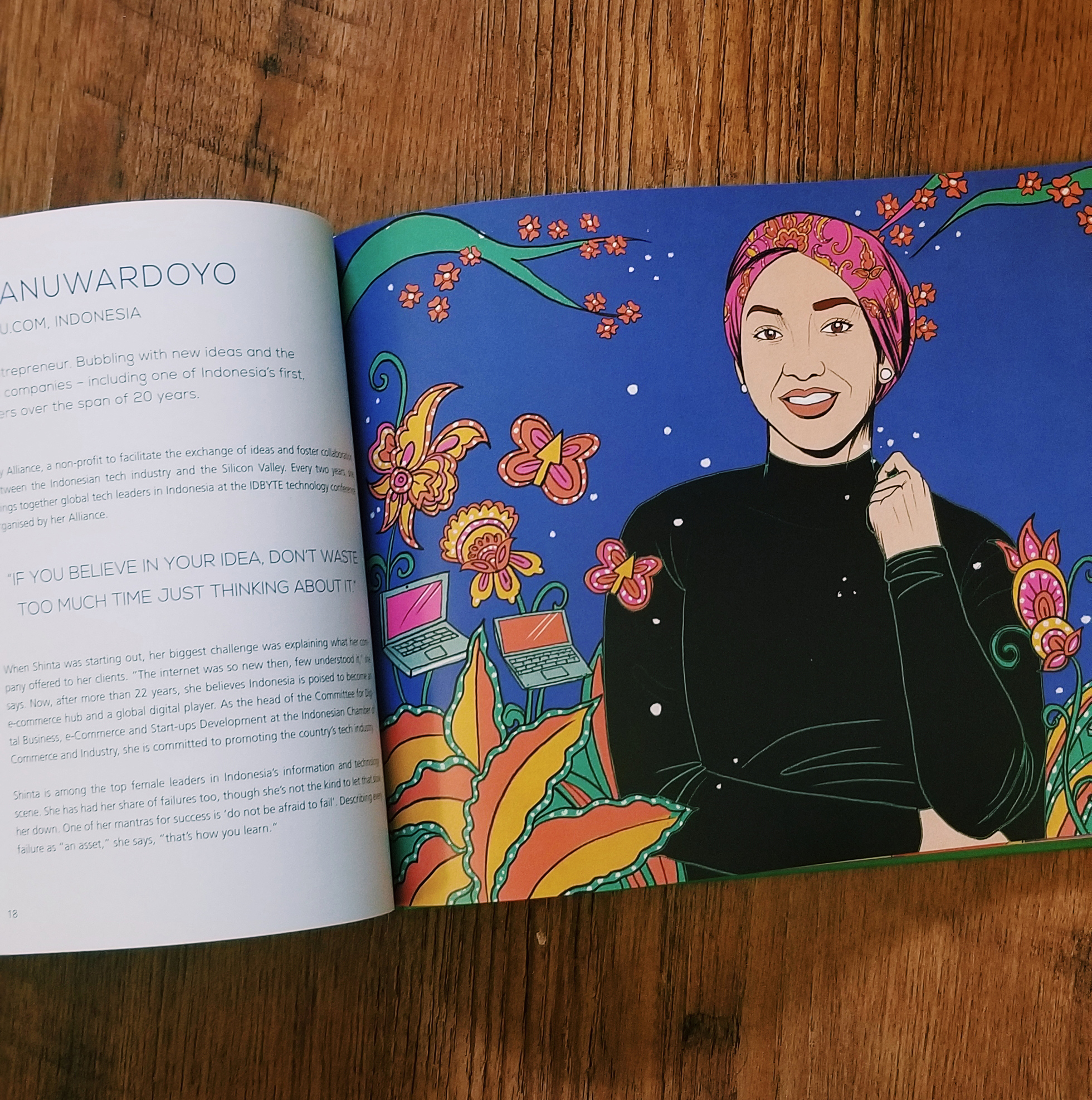 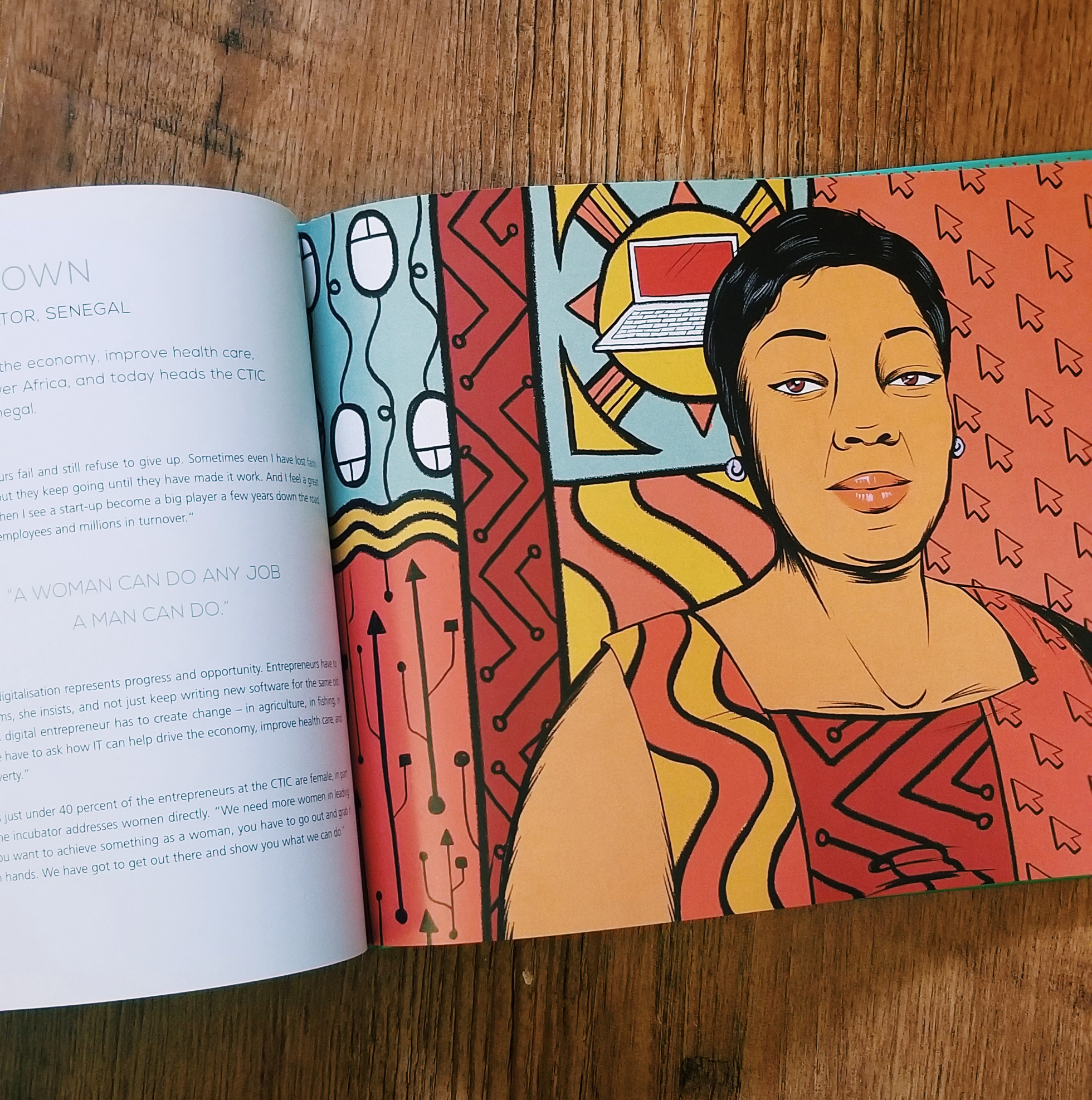 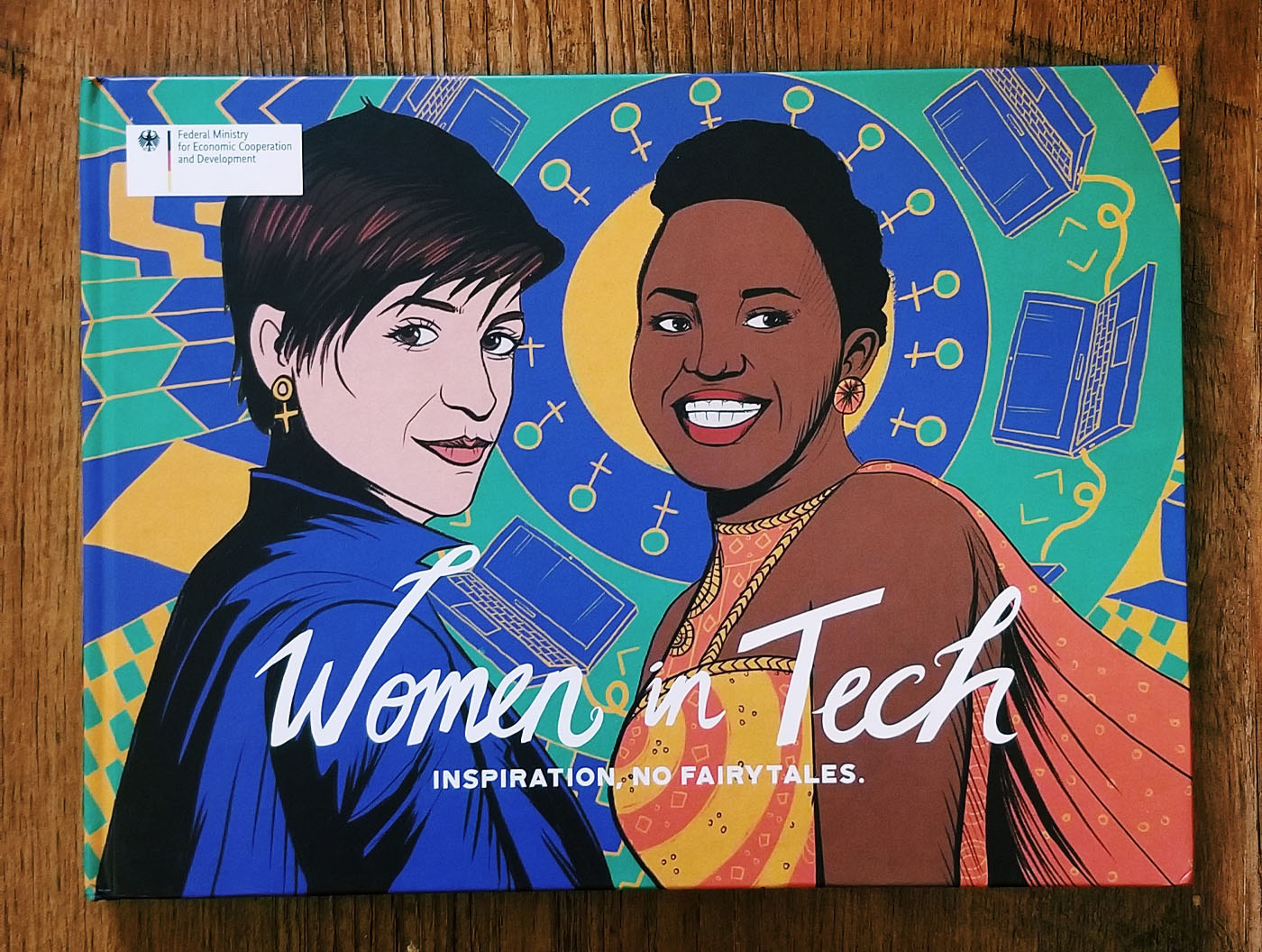 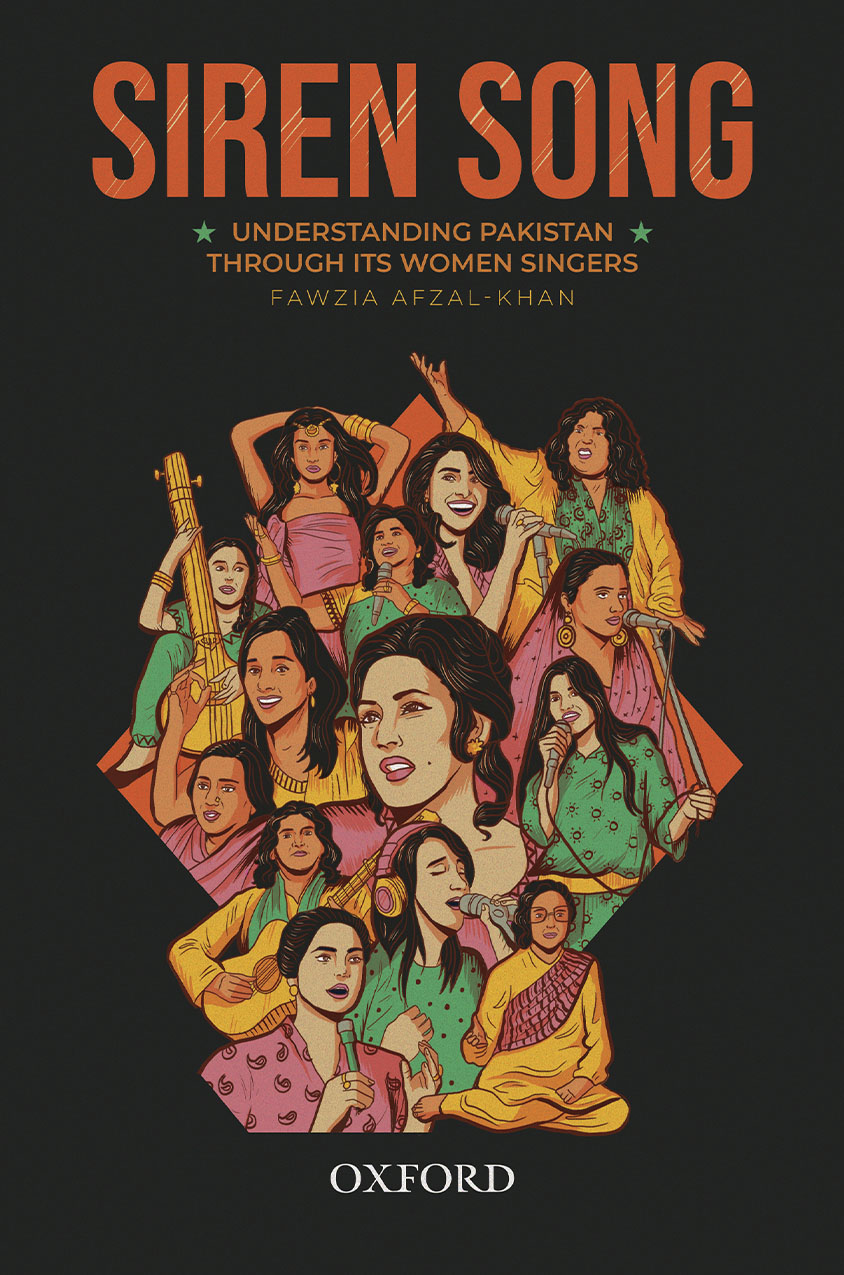 Siren Song: Understanding Pakistan through its Women Singers
Siren Song is a feminist intervention in the study of classical music and challenges the prevailing orthodoxy in the music field. The book explores how women singers in Pakistan have negotiated the hurdles thrown their way in a highly patriarchal and conservative society.
I was commissioned to design the book’s cover design depicting the iconic women featured in the book. The singers shown are Noor Jehan, Zeb and Haniya, Nazia Hassan, Runa Laila, Meesha Shafi, Suraiya Multanikar, Tina Sani, Aliya Rasheed, Tahira Syed, Malka Pukhraj, Deeyah aka Muslim Madonna, Abida Parveen, and Roshan Ara. You can find Siren Song online here. ​​​​​​​
Published by Oxford University Press Pakistan. Written by Fawzia Afzal-Khan.​​​​​​​

Color variants of the chosen design. 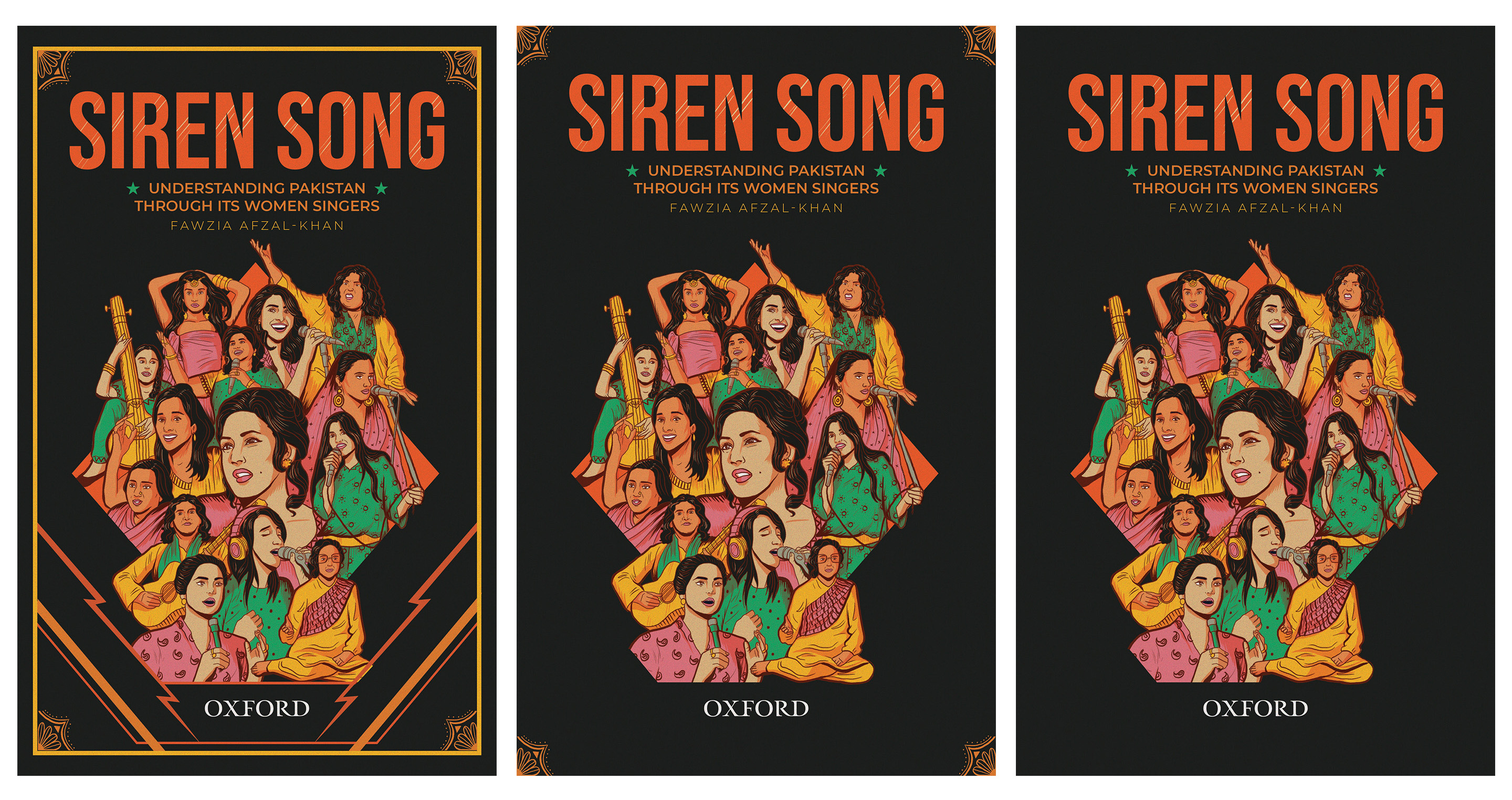 Choosing a darker color theme for the cover and simplifying the design. 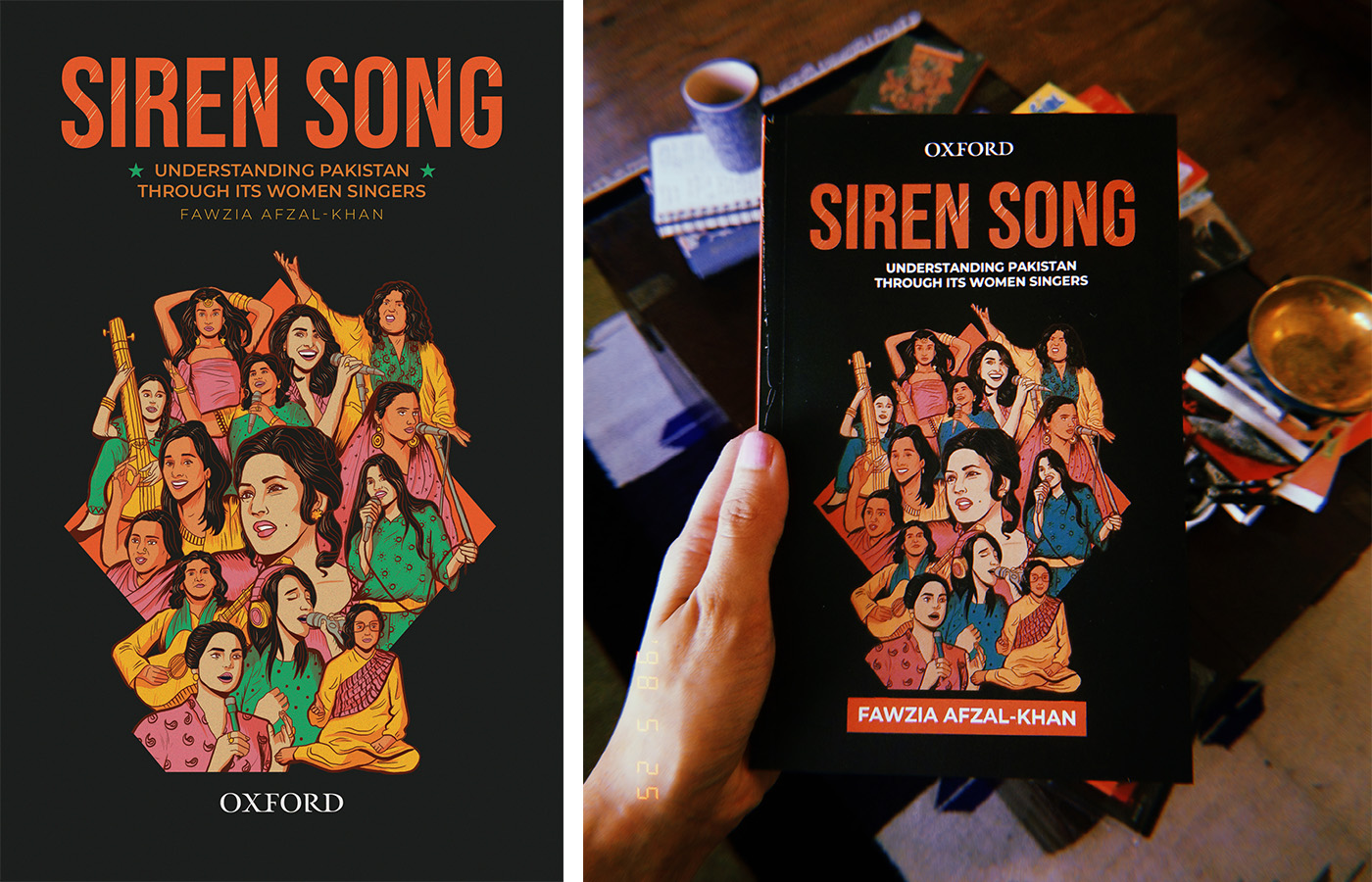 I’m excited to be publishing a book on the indigenous crafts of Pakistan through a collaboration with the nonprofit Behbud later this year. I am also currently working on children’s book.