Rounds Per Minute: Digital Exhibit on the Charged Urban Landscape

Rounds per minute, is a digital exhibit presented as the centerpiece of Alchemy 2016, held at the Clore Ballroom, Royal Festival Hall. Conceptually the exhibit is drawn from the charged urban environment and its poetic interpretation by Pakistani creatives; including musicians, bands, producers, designers, illustrators and journalists.

I was asked to interpret this brief of making a motion-piece that runs on large-scale screens at the exhibit as I saw fit, and I decided to making a looping video piece that shows the progression of my city Lahore from day to night. The illustration of the cityscape subtly changes over the course of the animation, and I wanted an unsuspecting viewer to be surprised to find something new whenever the piece is viewed.

The subject of my work is Lahore’s famous food street in Anarkali with its renovated ancient buildings and plethora of food choices. This is a unique urban space where you find people of all religions, genders and classes socializing over their food and the Pakistani staple: a hot cup of tea. As you dig into the history of this land, you are transported to the mythologies and histories of kings and conquerors, saints and women warriors- and you realize that the city’s very nature makes our collective identity both fluid and inclusive. Are we truly seeing the magic that our city holds as we walk down its streets?

The city of Lahore

Lahore is a historic city- it has been called the City of Gardens, the City of Lights, and the Paris of the East. I was born and raised in Lahore, and yet feel like I have only scratched the surface of all that Lahore can be. I wonder, are we still that city I read about? Do Lahoris see themselves as part of a continuing legacy of culture and art that has existed in this space for centuries past?

Our more obvious examples of history and grandeur- the mosques and gardens left by the Mughal dynasty are almost relegated to a staple field trip. Are we really looking at our city through the romantic lens of history, mythology and magic that it affords?

For me, as I set off to walk around my city for inspiration, I became less interested in the landmarks and more interested in the streets themselves. Lahore’s inner city is a remarkable urban space where most of Lahore’s population of 5 million people live. These streets are alive and teeming with people going about their lives at all hours of day and night. There is a treasure trove of things to be bought, street food to be eaten and hot tea to be sipped.

The streets known for its food vendors is where I stopped. What struck me is that I could see all of Lahore’s stratified society sitting and eating there, you had families from the posh district, students and friends, gypsies and vagabonds, alongside those who have lived in this area for decades. It was the food that connected us to one another, irrespective of our social class, gender and where in the city we had come from. 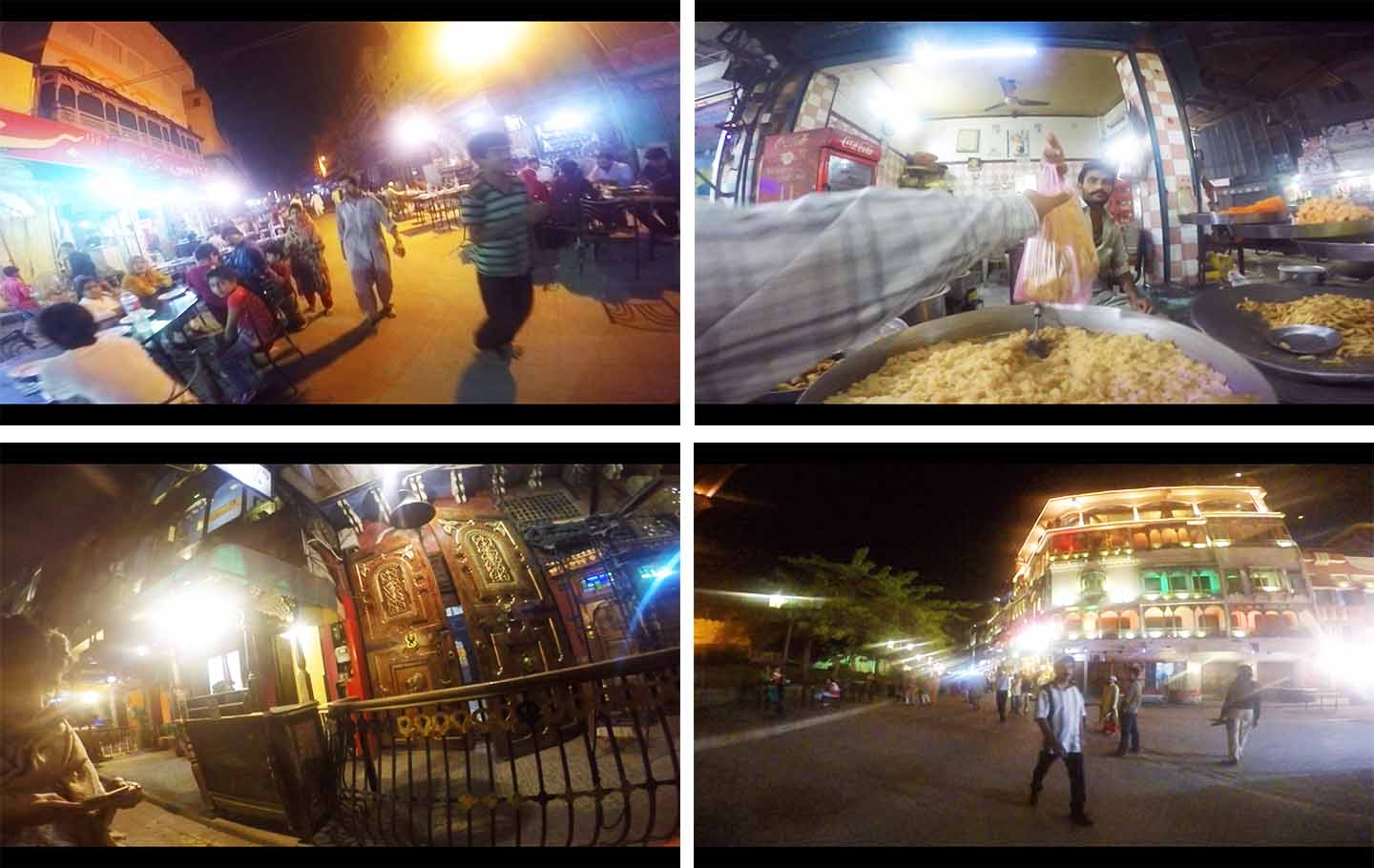 Having dinner at Food Street, and noticing the mingling of all segments of Lahori society, made me wonder what this space would have been like hundreds of years ago. If Lahore was to truly take ownership of its past, of its unbelievable legacy, we would see that these streets were home of Sufi mystics like Mian Mir and Shah Shams, we would see the star-crossed lovers in the form of the courtesan Anarkali and prince Saleem, we would recognise the majesty of the Sikh ruler Ranjhit Singh, called the Napoleon of the East, and the many Hindus, Buddhists, Parsis who coexisted with the Muslim population. There are tales of strong women warriors like Rani of Jhansi and Razia Sultana, and the loving devotion of Sita.

Realising this and researching these figures and their stories brought me great joy, and I wanted my video piece to also reflect that sense of wonder and magic that transforms a space that we take for granted into something otherworldly and profound. It is a message of tolerance, inclusivity and wonder.

The title of the week, “Lor Lor Hay” is a local saying that translates as “Lahore is Lahore”; i.e, there is no place like Lahore. A saying known throughout Pakistan is that he who has not seen the city of Lahore, has not lived! 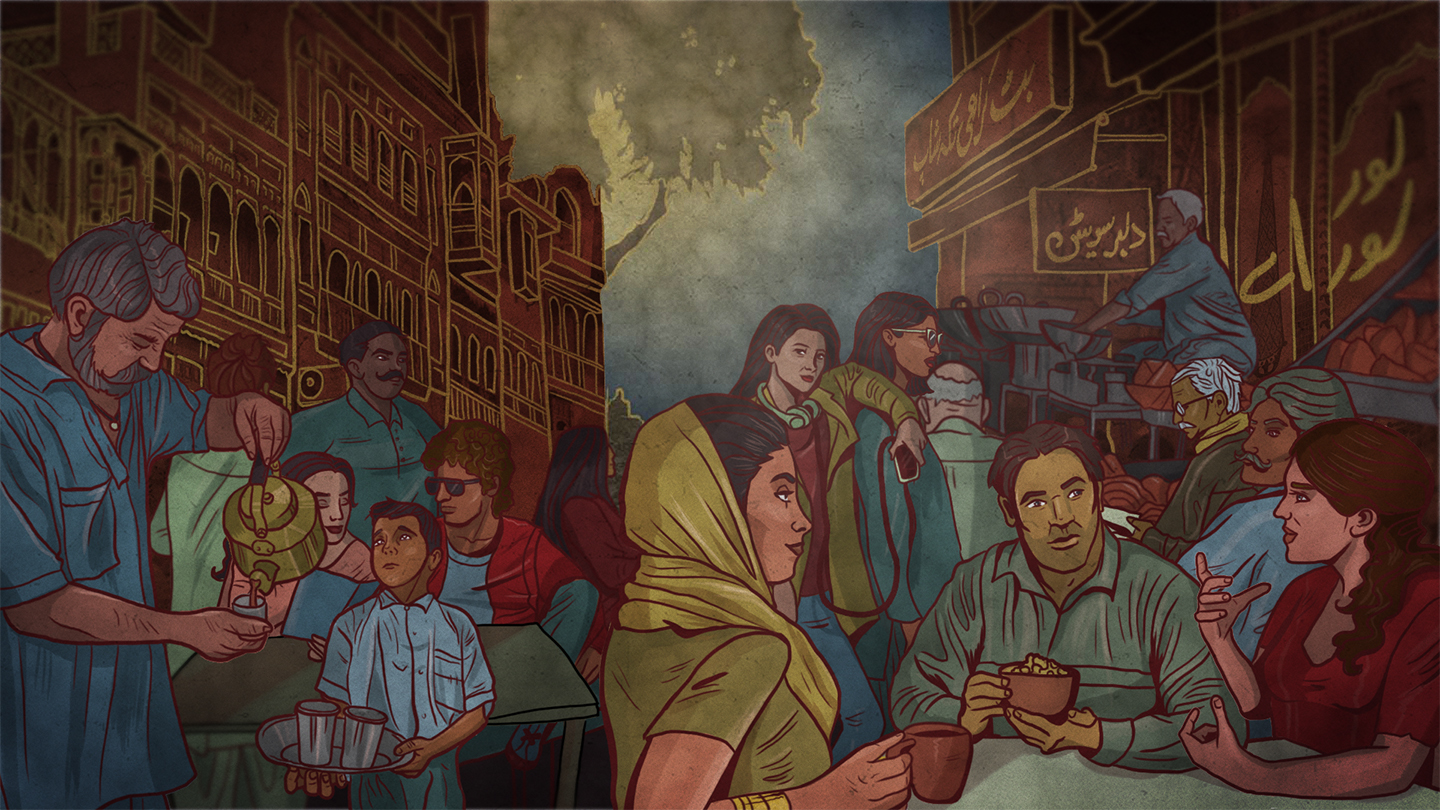 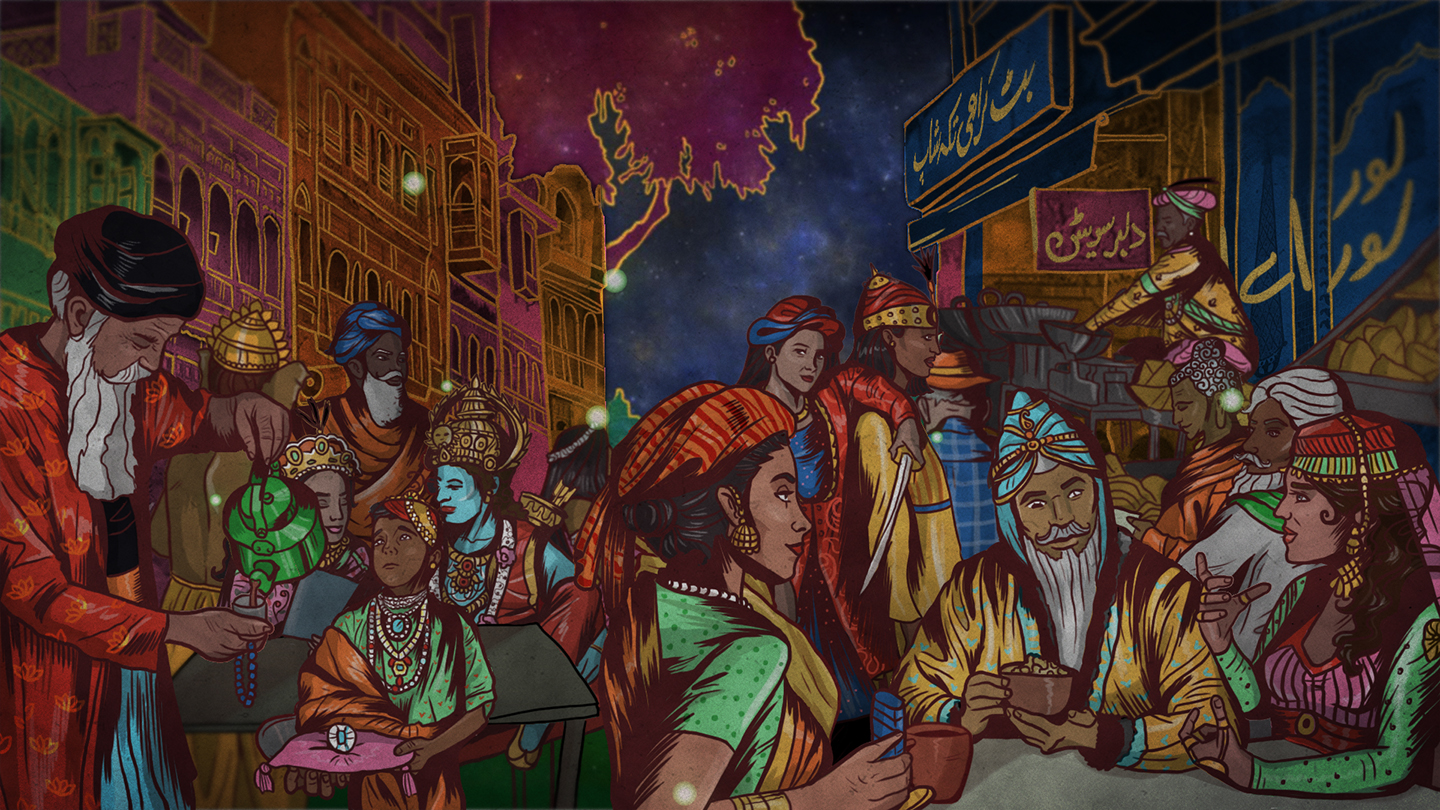 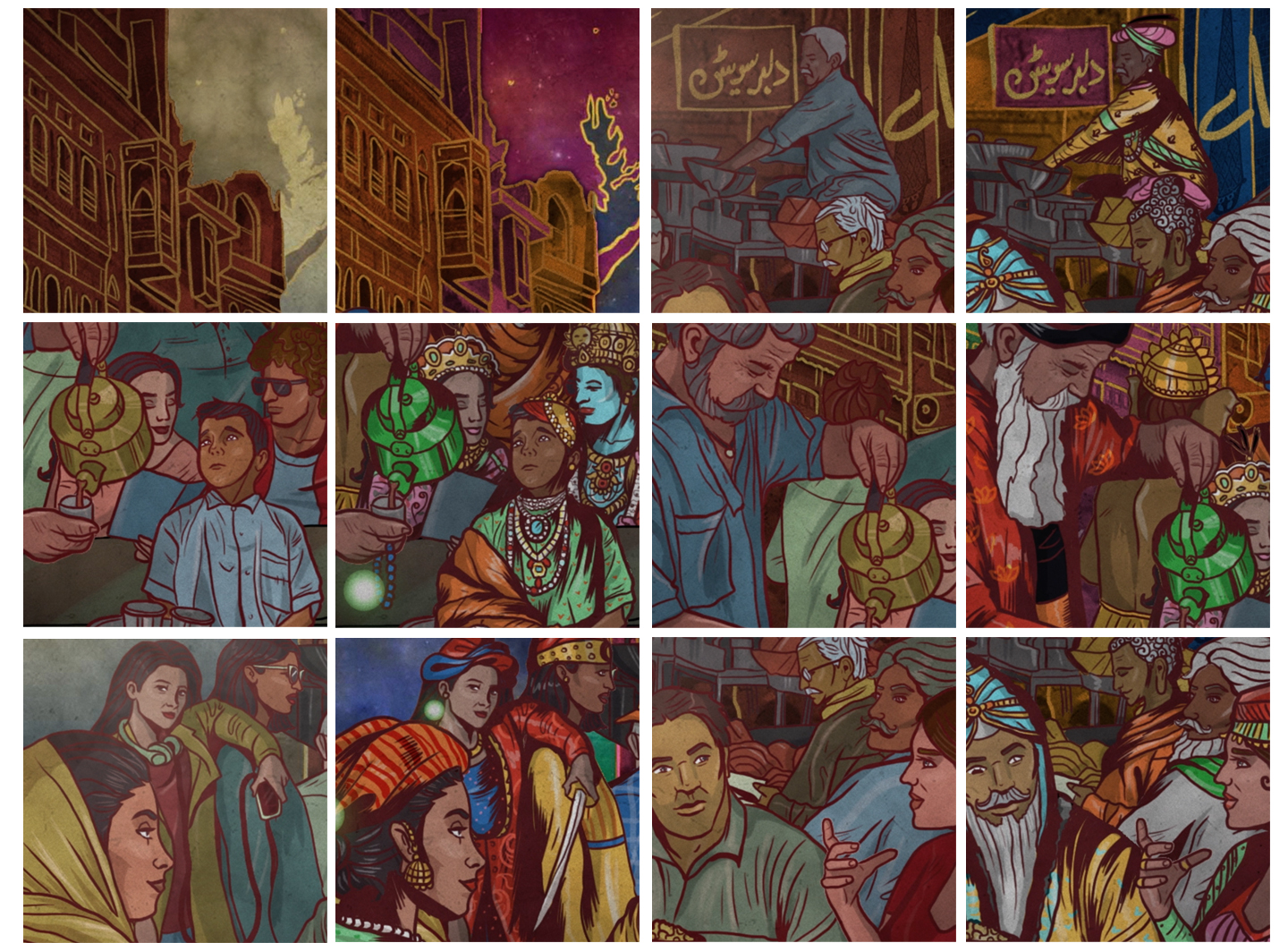 RPM at the Alchemy Festival 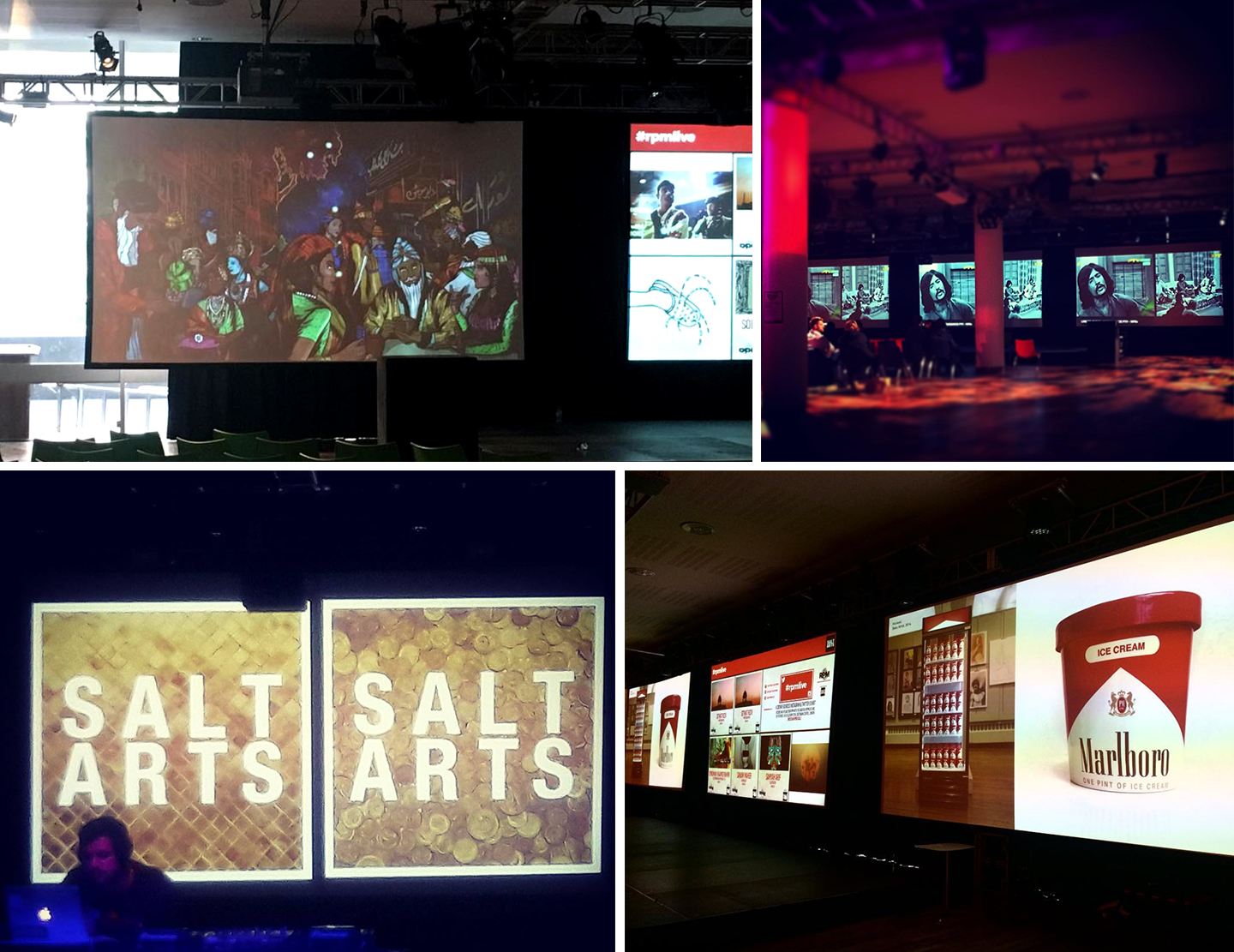 Each year, the Alchemy Festival fills Southbank Centre with a vibrant array of performances, workshops and exhibitions – and a delicious food market. The festival celebrates the rich cultural relationship between the UK and the Indian subcontinent, and explores the creative influences generated by our shared history. In 2016, the seventh Alchemy brings artists, performers and contributors from around the world together to collaborate, in order to showcase the best of dance, music, theatre, design, fashion, comedy and literature from the UK and South Asia. 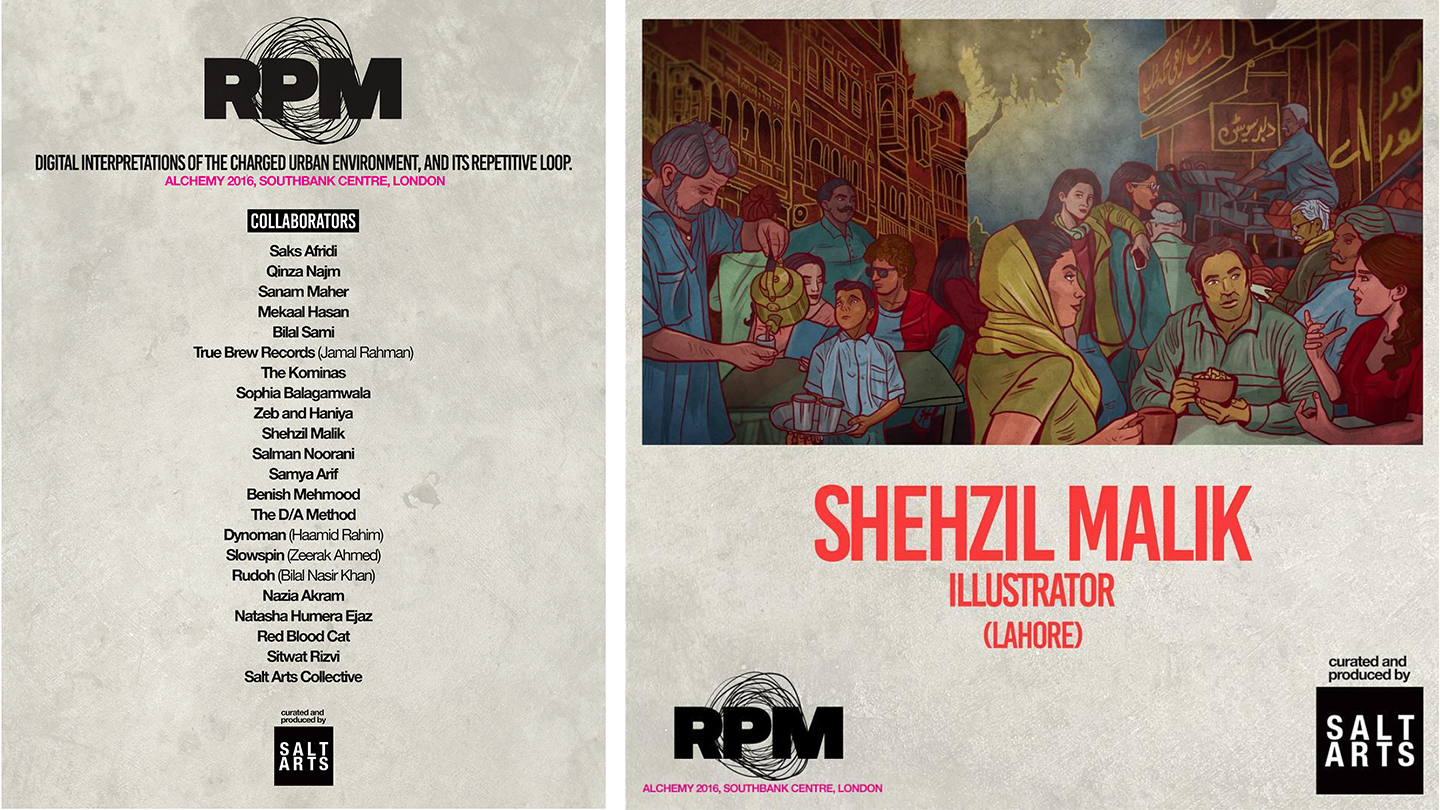